Museum Friends visit to Gorhambury House
On October 11th, a group of 21 Trustees, volunteers and Friends of the museum visited nearby Gorhambury House, now the home of  Viscountess Grimston, who has been project managing the renovation and transformation of the mansion to make it a more family friendly home for her the next generation.
After tea in the dining room and a talk about the history of the house through previous generations, the Viscountess escorted us on a tour of those rooms that are currently accessible during the building works and shared her delight in some of the finishing touches to the interior.  We have resolved to return when the work is complete. 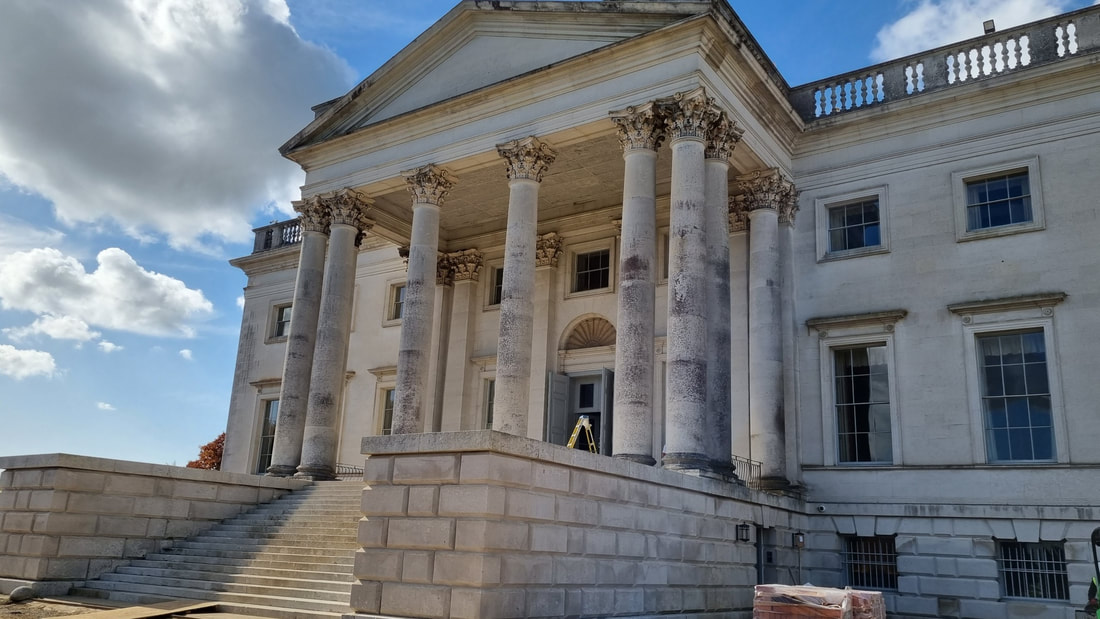 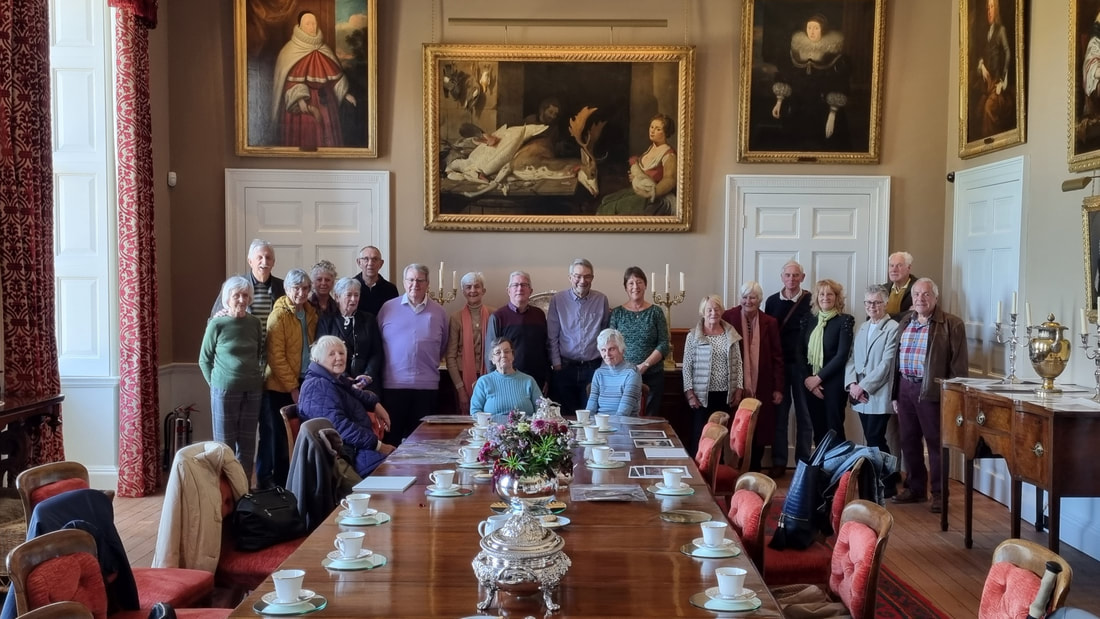 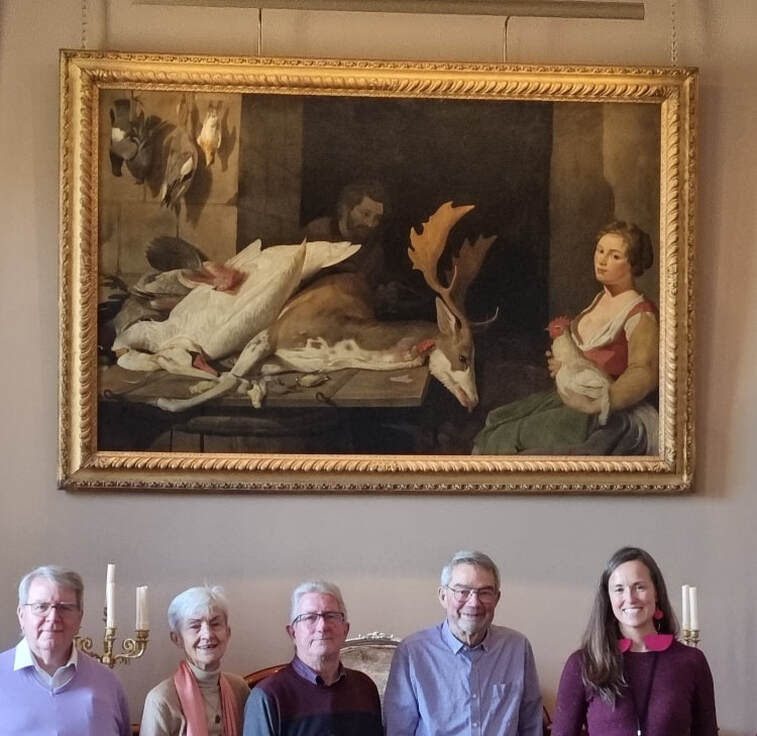 Sadly, Silk Mill House is not looking in quite as good shape at present as the Peter Brown painting below.
Storm Eunice caused a section of render to fall from the south gable wall and it was found that the render was blown.  Scaffolding has been erected to allow repair work to be carried out.  All of the render has been removed and will be replaced, hopefully before winter.
The Trustees are extremely grateful that this work is being funded by the museum's landlords, Redbourn Parish Counci
​To commemorate the 20th Anniversary of Redbourn Village Museum
​which opened on May 6th 2000, the Trustees commissioned this oil painting by local artist, Peter Brown. 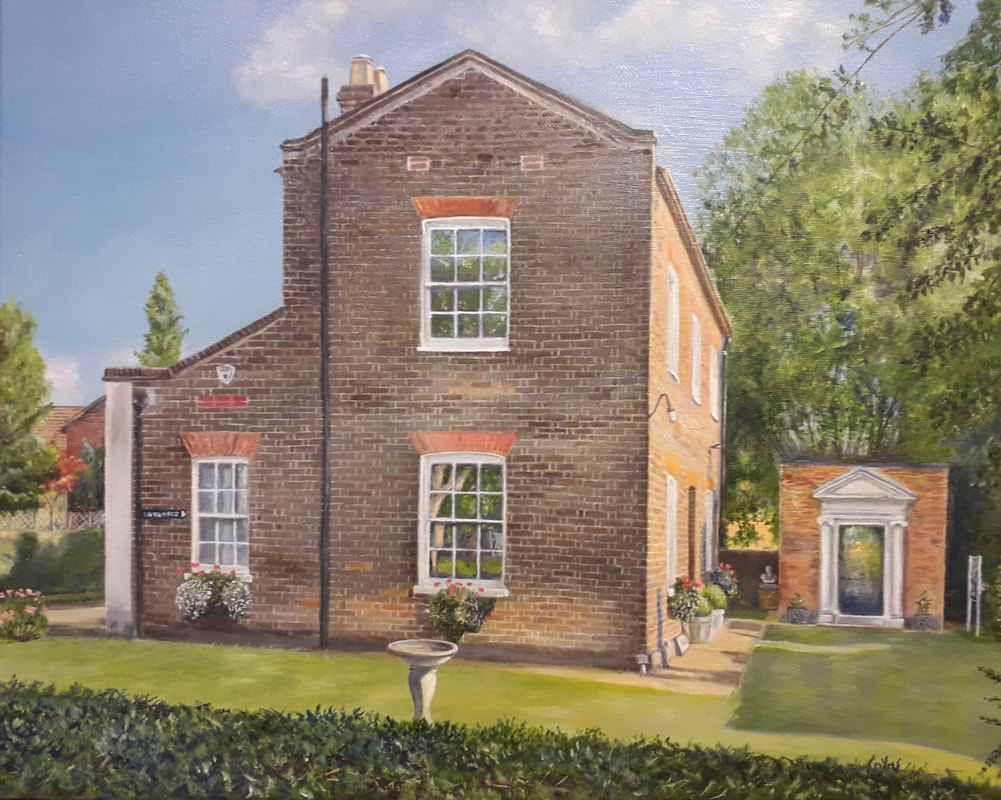